Love the idea of using technology in more social ways. Watching movies with friends in realtime using @synaptop is AMAZING 😍

how long has @synaptop been in existence??? 'cause i've been needing this since pretty much ever

Look at my synaptop background (my synapground, if you will) pic.twitter.com/uOEDbDG29k

@naysenpai Skype? what is this? sounds OLD and OUTDATED... did you mean SynapTOP?!?!?

this seems so cool i want to try this one day http://t.co/WeT9xwbBKk

I was supposed to be watching The Bling Ring with @AccioMyTARDIS but I got a bit too carried away with the pen... pic.twitter.com/YOxDt8TBc1

@synaptop I love you, you are the website version of ice-cream

EVERYONE HAS TO AQUIRE THIS AHHHHHHHH I AM IN LOVE http://t.co/K542PGWsL0

Go on http://t.co/2ZmhSLBTPc guys it's really fun u can listen to music and watch movies while talking shit pic.twitter.com/rQ5wMs6bjJ

Even if you are unable to see your children in person for (maybe you live too far away, have an ex who isn’t being flexible, etc.), you can still at least share a phone / video call to let your kids know you are thinking about them.

Programs also exist that allow you to sync streaming movies over the Internet and keep a video chat box open so that you can watch something together, even if you live on opposite sides of the country. An example is the free, cloud-based Synaptop Theatre

OH MY GODNESS IS THIS REAL http://t.co/6Sn6Ef8TvT

im on synaptop w/ my friend omg it so cool

…we are using http://www.synaptop.com. Its very clean, and also is able to use group voice chat while watching movies similar to Skype, but MUCH better. If you want to join, add your email below so we can add it, or sign up for Synaptop. GO SEE THE AWESOMENESS!!! Btw,…

@synaptop where do i go to submit suggestions for this amazing creation? :)

Snuggle up to your sweetie via the digital spectrum by scheduling a movie night using the free cloud interface from Synaptop. Nothing says “I’m in a committed relationship” like watching a movie together, in real time, while chatting or video messaging in your PJs on a Friday night.

hey so if ur in a long distance relationship or have a bunch of internet friends http://t.co/LiBnc1aibV is for you!!!!!!

@lukescoaster KITTY YOU HAVE TO MAKE AN ACCOUNT ON THIS SITE: http://t.co/VykRRBacWg B/C IT LETS YOU AND YOUR INTERNET FRIENDS WATCH MOVIES+

THIS IS WHAT WE HAVE ALL BEEN WAITING FOR http://t.co/fuhHmFSqHk

On synaptop you can have it translate incoming messages…

Synaptop on the cloud!

I was wondering if you knew of Synaptop – it’s kind of like skype, but catering for long distance relationships, with a library of films and games to watch together. Thought I’d share, I really recommend it!

ATTENTION PEOPLE WITH ONLINE FRIENDS AND/OR IN LDR’S

There’s this kick ass site called Synaptop. And it’s perrrrfect for a person like you! Wanna know why???

The site is here. I have date night with my boyfriend in PA here all the time and it’s amazing. Check it outttttt.

Synaptop: a computer inside another computer.

“synaptop is the best thing to happen to my life…”

“IM HAVING A HEART ATTACK DO YOU MEAN I CAN ACTUALLY WATCH MOVIES WITH MY FRIENDS ONLINE ?@$?#%?# IVE BEEN WAITING FOR THIS FOR MY ENTIRE LIFE”

Synaptop is a micro-enterprise doing big things. Founder and CEO Sami Siddique grew tired of the inefficiency of juggling multiple apps, accounts and passwords across smartphones, tablets and computers. So he created Synaptop, a  “virtual computer on the cloud” that lets users share files, edit documents, watch movies and even shop online—and do so simultaneously with friends.

Movie date night with my babe

Sami Saddique of Synaptop is the incredibly smart Founder of Synaptop, whose browser allows anyone to ‘collaborate over the cloud’ — simultaneously sharing files, listening to music, chatting, watching videos and so on. It’s a virtual window into a user-shared world.

Sami brings passion and next-generation thinking to absolutely everything he creates. I often leave meetings with him thinking: Huh? What did he just say? But he brings it all to life brilliantly.
I’m certain that Sami has built some very disruptive IP into Synaptop.

Synaptop, a Toronto startup company based at the foot of Yonge Street, launched it’s innovative cloud-computing operating system last month. “It’s a virtual operating system built for the current times,” says Sami Siddique, Synaptop’s president and CEO. He says the system adjusts the focus of software to recognize how people really use the internet, allowing the collaborative and sharing functions of applications such as Facebook and Twitter to apply to every application. “You can follow anyone in any application. You can co-DJ, co-edit, co-browse with your friends.”

Siddique, who has a background in computer science and healthcare applications (he did 3D research at the Princess Margaret Hospital) launched the company in 2007. He set out to build a “new entry point to the internet” that allows users to collaborate in work, education and entertainment. That vision was realized with last month’s launch.The product is in Beta mode now, and Siddique says the company plans to launch an assortment of new applications to go alongside the ones available at launch. 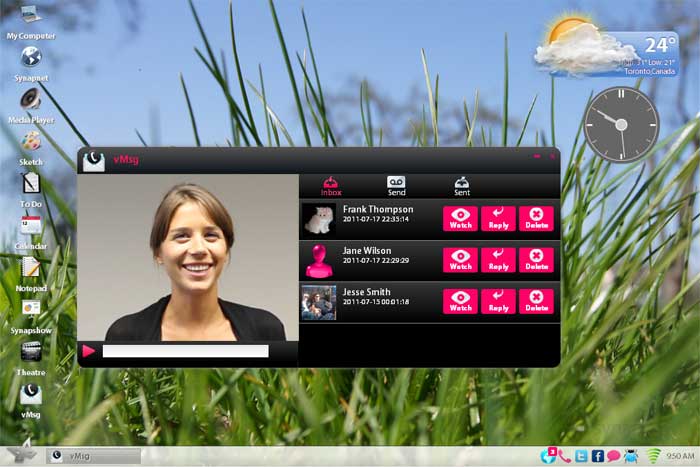 Synaptop created a cloud-based personal browser that let’s friends and followers experience web interactions together, in real time. The computer platform features a web browser, notepad, media player, and an application for live presentations. Store and share files, watch movies, stream songs, video chat, or work on documents all with friends at the same time. It’s easy to see why SynapTop will succeed: the startup plans to revolutionize the way we collaborate and interact with not just friends, but business partners, colleagues, and family members.

“THIS WEBSITE HAS SOLVED EVERY PROBLEM UVE EVER FACED!!” 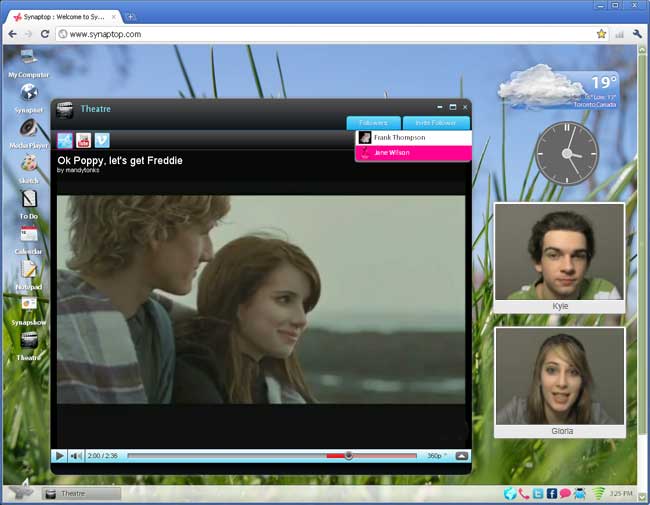 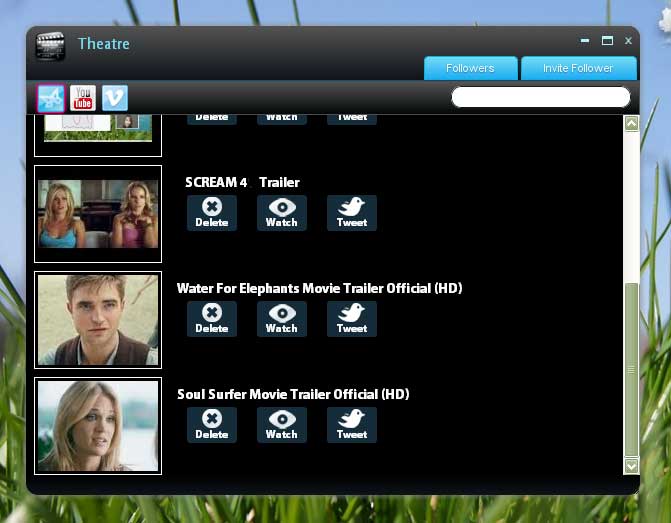 “We text way too much haha! We skype and use Synaptop to watch movies together. We also listen to music and draw together…. “

As the clouds gather

Synaptop is a personal computer on the cloud. It lets users store and share files, run apps and collaborate with contacts. It has several free apps and users can drag contacts to apps if they want to collaborate. Facebook and Twitter integration make this more social than other cloud services. Synaptop: A virtual OS to share apps and web browsing with friends 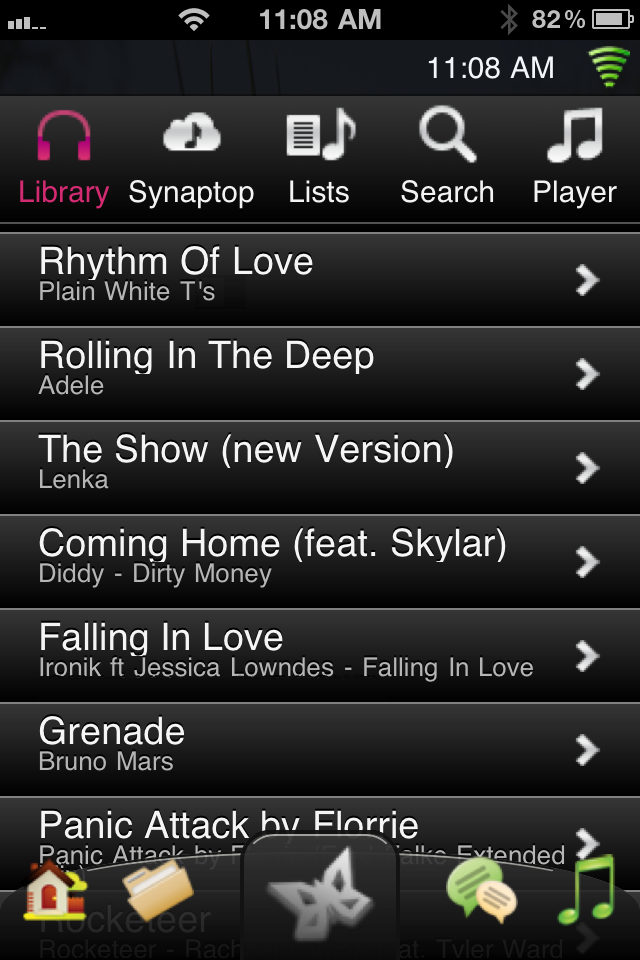 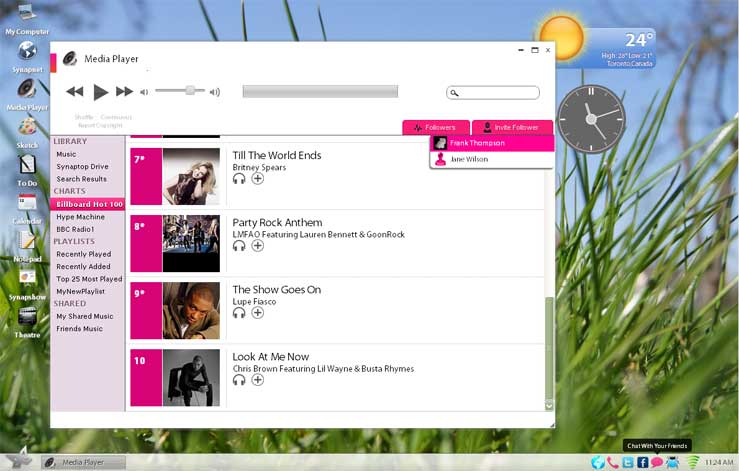 Take your MUSIC AND FRIENDS with you, everywhere!

ABOUT US
About
Careers
Blog
Press

©2017 Synaptop. All Rights Reserved. US and International Patents.
Contact Us

We'd love to hear from you. Send us an email and we'll get back to you soon!